Has been a mix of good & bad news here in the patch this week..
Bad News…
Went down to check up on the fish in the bathtub pond & made a very sad discovery.. A couple of cane toads had used the garden bed next to the tub as a ladder & spawned in the pond : (»

Cane toad eggs are rally easy to spot as they are "laid" in long jelly like strings.. All the plants in the pond were covered in these "strings" & we found a number of dead fish as well.. We decided to retire the pond for now & the few surviving fish have been moved into a small tank in the house.. 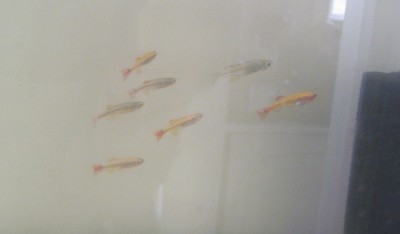 The pond will be rebuilt but on a sturdy frame high enough to prevent another catastrophe like this..

Good news…
The heat has been nowhere near as bad as expected with most days being a degree or 2 under the predicted high.. Some extra 50% shade cloth was added to the hoop house but a tad too late for the beetroot.. 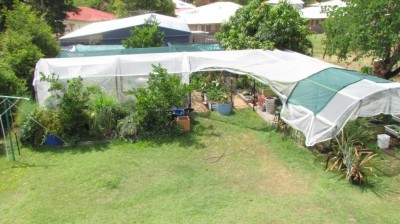 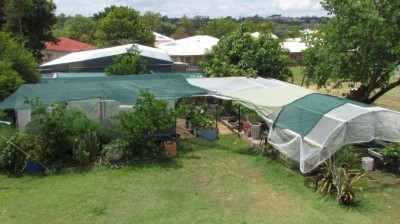 I found a number of crispy leaves in the morning the cloth went up and think we got to shade the beds just in time..

Aquaponics in the heat...
The other heat issue we had was with the fish in the aquaponics.. As the clay balls in one of the beds isn't shaded by greenery it tends to heat the water up a fair bit.. On Thursday we found that the temperature in the fish thank was just over 30°C which is 2°C outside the preferred range for the Jade perch.. 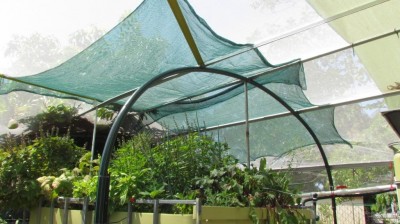 On Friday morning I covered the grow beds with a few pieces of 50% shade cloth & noticed yesterday that the surface temperature on the clay balls had dropped quite a bit.. I also played around with getting some more dissolved oxygen into the fish tank water.. Warm water makes it harder for the fish to take up oxygen so that has been an issue I have had to deal with as well.. You can see that & a few other bits in yesterdays aquaponic update clip if you are interested.. 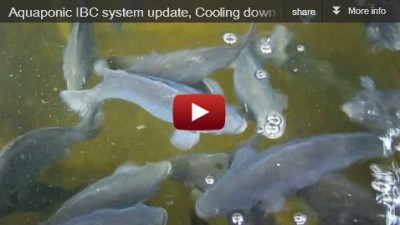 I am fairly confident that the fish & set up will come through the heat with no problems now & hope to have some great harvests from there in the coming weeks once the new seedlings start to boom..

DIY Chook feeder…
I don't know if you have noticed but I love the information & how to's freely available on You Tube ;)»
A while back an Aussie tuber, Hamish121212, posted a clip on a little feeder he made for his chooks.. I liked the idea so much that I super sized it so we could add a whole 25kg bag of feed at once, thus greatly reducing the "AWWW DAD" factor when it came time to do the chores : )»
It is one of those simple concepts that make you wonder why you didn't think of it yourself.. I see a few benefits of using a feeder like this.. It is elevated off the ground so rodents can't get into it; it reduces food spillage which also reduces the risk of pests being attracted to it.. But best of all it saves us some coin because the girls can't kick around their feed and waste it.. 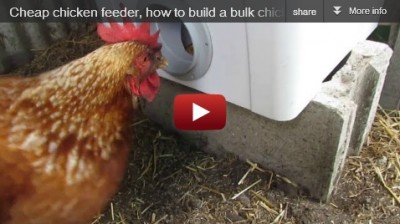 Planting out in the patch…
Only a few plants went out this week as I didn't want to risk too many with the heat..
I picked up 2 advanced burgundy okra plants at the markets last weekend & they have both been planted out, one into the old beetroot barrel & the other in the Jarrahdale pumpkin bed.. 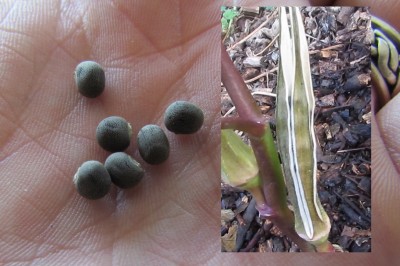 The plant in the pumpkin bed has already had one pod split & gave us some seeds ready to plant out : )» 4 went straight into the same bed & the rest have been put aside for later use.. I already have about 8 other seedlings of this plant to put out so I think some will end up being gifted..
Wing beans are the only other plants to go out this week.. They are also known as asparagus pea & are native to New Guinea.. They are a heat loving tropical perennial plant so should do great here.. Can't wait to harvest some pods so we can show you what they look like : )» 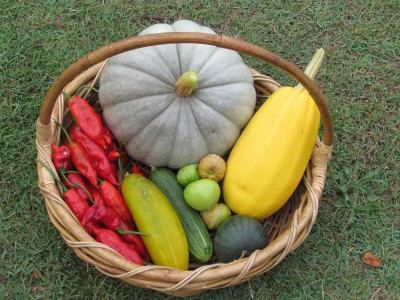 The one & only Jarrahdale pumpkin & what I think may be the last of the spaghetti squash for the season were harvested this week.. The cucumbers have also slowed down in the heat but the chillies & tomatillos appear to be thriving in it.. 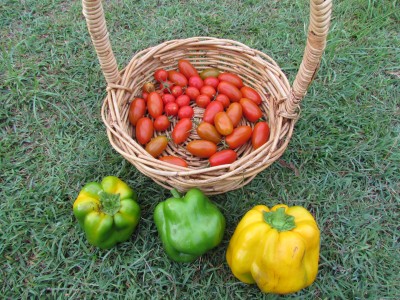 The mini Roma is still pumping out the tomatoes & are happily fruit fly free.. These 3 capsicums were picked a bit early as they were starting to get small sunburn spots on their flesh.. 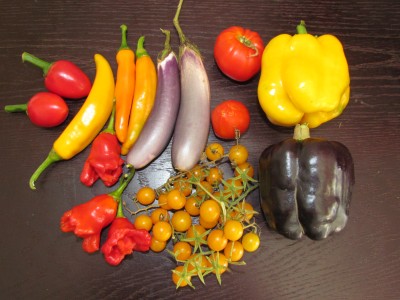 Have loved the capsicums & chillies we have been picking & using them in meals any chance I get.. 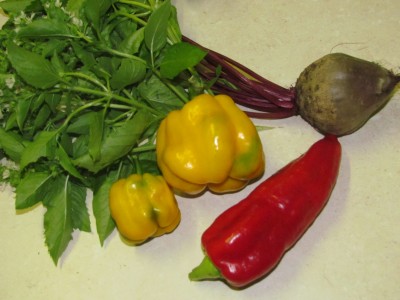 The Jewel in our capsicum crown (I think) is the bulls horns.. They are a very heavy fruiting plant with decent sized fruit..