Hoop house…
As we get over 12 hours of direct sunlight & weeks over 30°C at a time on the patch during Summer, we like to cover the beds with shade cloth to give the plants a bit of relief from the heat.. In the past we have used a 50% shade cloth but we feel that it may be excluding just a bit too much sun… Last year the chillies & eggplants grown under it got a bit "leggy" so we bought an insect exclusion netting which offers a shade factor of 30%.. At the end of summer the whole shade set up was dismantled so it could be redesigned.. A section of the patch was set aside & an insect proof hoop house was set up over the top couple of beds.. I must say that it worked out better than I had hoped as we had no caterpillar infestations on any of the broccoli, cauliflower or kale for the whole winter season.. 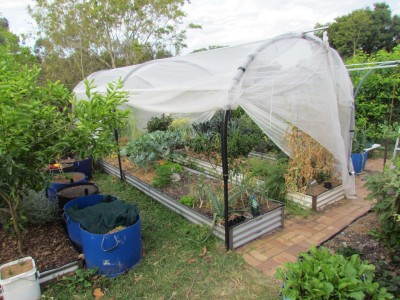 The down side to this is that the bees can't get in to pollinate any plants, so the sides have been raised for the time being to give them access to the purple cauliflower & so predator insects can take care of a few lingering aphids.. As soon as we get our chillies, capsicums & tomatoes planted in the house the sides will be dropped once again to keep the fruit flies away from the fruit..
Its now time to get the rest of the shade cloth up & I have been playing around with a few different ways of setting up the other hoop over the patch.. I am working on the idea that fruiting & root crops like full sun so am going to have them in the insect proof house.. The leafy greens like partial shade so I'm thinking about having a strip of 50% cloth over the next 2 beds.. A run of 30% cloth will then be added over the last bed as it has the spaghetti squash planted in it… Hopefully it will grow up the black trellis & will appreciate the extra sunlight.. 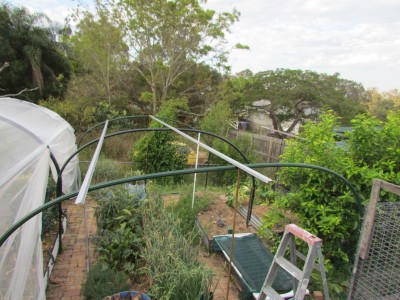 So far I have the next run of hoops up & I'm in the process of working out the layout of the battens that will help support the cloth.. Might have to sleep on that me thinks..

Pond update..
Well, : (» that didn't go as planned.. We decided to rethink the idea of having the bucket of water chestnuts in the tub after losing a few fish during the week.. The bucket was leaching out dark nutriment that was causing algae to grow on the sides of the tub & I fear was also responsible for the death of the fish.. The surviving fish were removed & put into a tank with some fish friendly water from the Aquaponic system, then left to recuperate as we cleaned out the tub.. 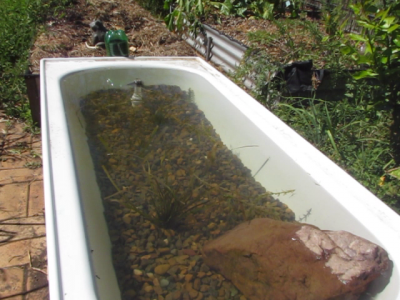 After a few days the new water was "conditioned" & they were added back in.. I was very disappointed that we lost 3 fish then saddened again to find a heron leaving the area of the pond a day after they had been returned to the tub.. We are now down to 3 that I can find which means the heron might of snacked on 2 of the survivors : (» The tub now has the rails from a recycled baby cot placed on top with some added shade cloth just to offer the fish some more protection..

Nematodes..
We have had problems with these little microscopic parasitic worms for a while now but have only just worked out what they are & how to combat them in the past few months… While removing the Roma tomatoes last week I discovered that the roots were totally infested with the little blighters.. The roots showed the classic nodules/galls that the nematodes create when invading the cells to feast on them.. Once they set up shop in the roots they can retard the flow of nutriment & water to the plant causing wilting, stunting of the plant & lower yields..
There are a few ways to treat these little fellers… Marigolds are a great all round companion plant for the garden that also repels nematodes & molasses is also said to be a great natural treatment to knock them on the head.. My weapon of choice was a Neem concentrated plant spray.. 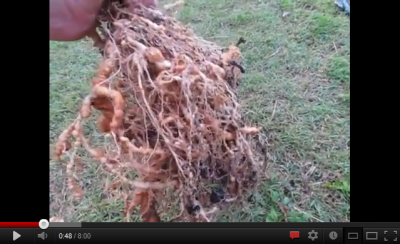 I was intending to post some information about Powdery Mildew this week but got sidetracked with the nematodes so shall post about that next week.. Sorry Grace..

Planting out..
Ended up planting out a few of the pumpkins & squash as well as some potatoes into the patch during the week... 2 Baby bear pumpkins went into the old Sweet potato bead behind the chook shed & 3 Spaghetti squash went into the bottom bed so they can grow up the trellis.. 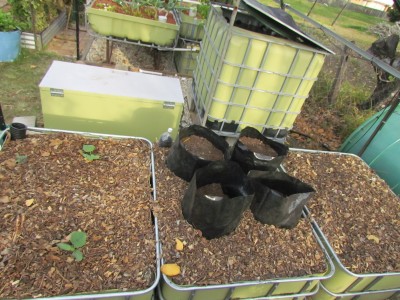 2 Kakai pumpkin seedlings went into one of the new IBC beds (left) with 4 bags (tree planter bags), planted out with desiree seed potatoes, in the bed next to it.. We have used these bags for about ten years but we have never really had a great crop of potatoes using them.. I decided to give potatoes one last try following a growing method I saw on a YouTube gardeners channel.. The potatoes have the bottom third of the bags buried into the bed so the roots have access to extra water... The bags were filled 2 different ways.. The 2 at the front are going to be filled progressively as the shoots & stems grow.. The 2 bags at the rear of the bed have had the seed potatoes planted towards the bottom & then were filled to the top with a soil blend.. It shall be interesting to see if I can replicate the results I saw on YouTube..

Harvest Time…
Pickings from the patch have slowed down a bit at the moment while we wait for some of the spring crops to come through… One highlight was the picking of our first asparagus spear & I am so happy about this.. It looks like we only have 1 crown that is putting out full sized spears this year so might have to replant them all out next winter.. 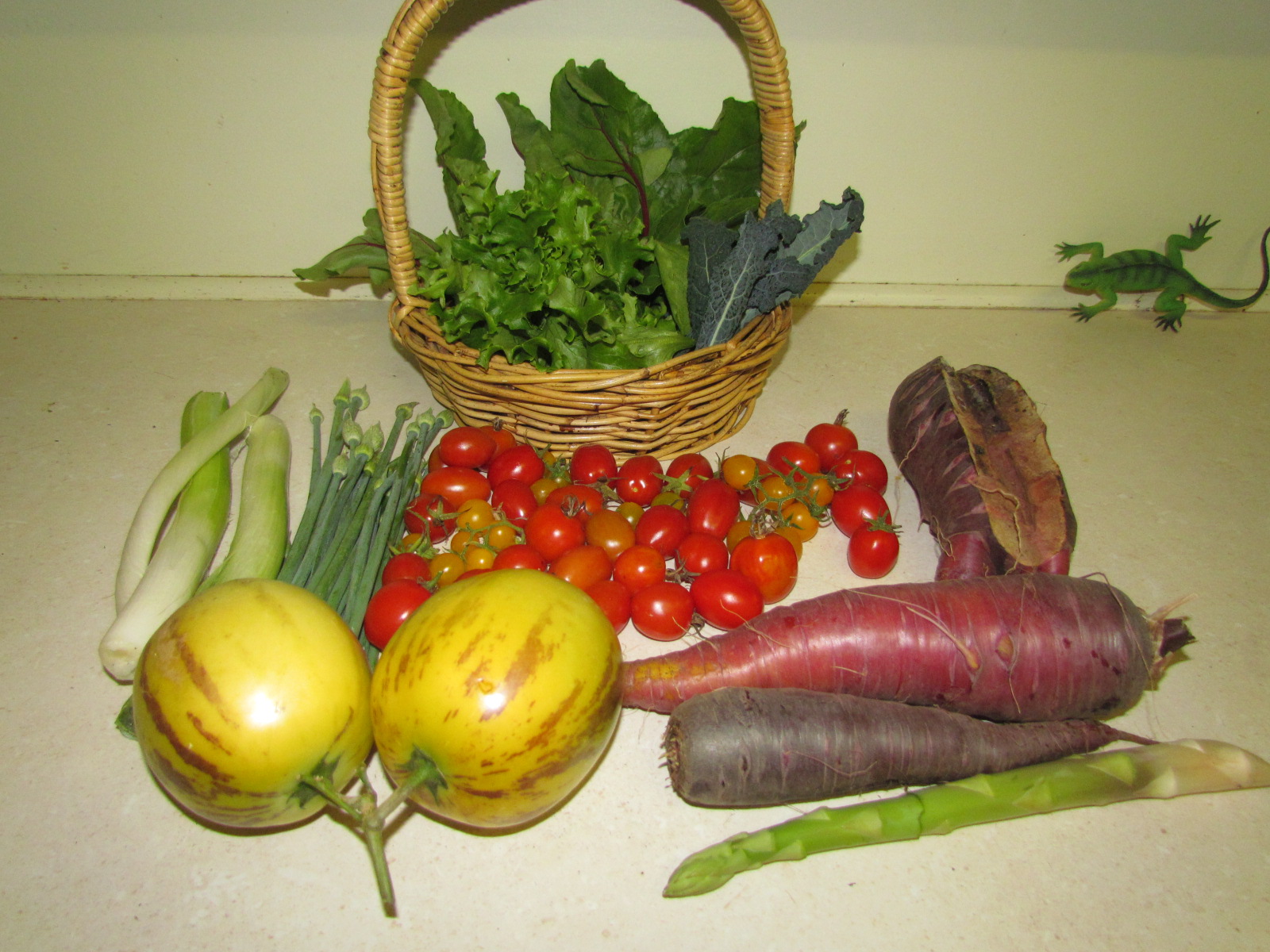 You can see the carrot next to the tomatoes had split down it's length.. It also showed signs of nematode galls on some of the side roots.. The greens at the back are a mix of mangle, beetroot, Tuscan kale & coral lettuce.. The 2 pepinos will be cut up for morning tea tomorrow I think or maybe breakfast with yoghurt if I can sneak them by the kids.. Also harvested the first lot of mulberries today along with some strawberries... Would love to show you a picture of them but they were just devoured with some ice cream with some home made coconut ice magic drizzled over the lot.. Very tasty indeedy **nods** 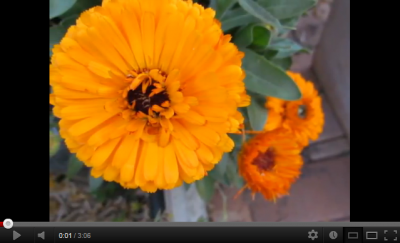 Well, I think that's it for this week..
Feel free to ask any questions, or leave any suggestions below..