Bits about the yard...
Finally made a start with organising the yard instead of just thinking about it this week.. There are now 3 spots ready for some Wicking IBC beds in front of the Aquaponic hoop house.. The IBC's are the same type of container that the Aquaponic grow beds & tanks are made from.. We have 4 already & really like how they have worked so far.. 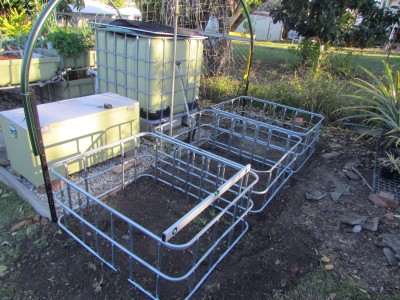 The beds themselves need to have a top coat of paint added, the soil given a final levelling & then they should be right to wick up early next week..
To make way for the beds I needed to move the mulch cage... I had a good look at how the tree mulch had broken down over the past few months.. 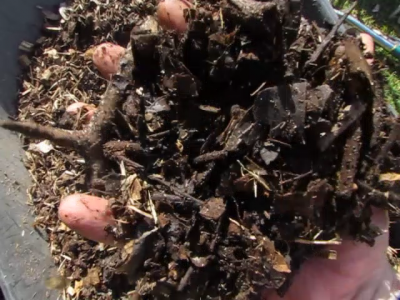 Must say I am very happy with what I saw & have already used some to cover the old sweet potato bed behind the chook pen with the rest being put aside to be used once the spring seedlings are up & in the beds.. I think we will try to make as much mulch as we can from now on..
The bathtub pond has also been set up in place & should be filled with water once the silicone dries out a bit more.. 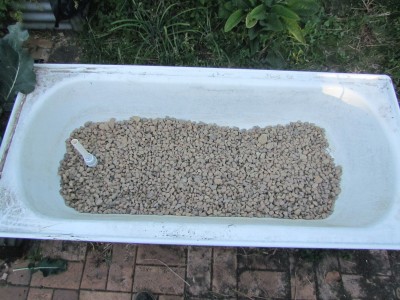 A pot of water chestnuts will be added up one end with the rest of the pond available for some mozzie eating fish like pacific blue eyes & any frog that feels the need to spawn in there.. As you can see the plug fitting has been reversed & a pipe has been added using some adapters.. The pipe is cut at a slightly lower level than the top edge of the bath... This way we will not lose any fish, frog eggs or floating plants over the side if the pond overflows during wet weather as it will flow down the screened pipe instead.. Should be finished during the week I hope..

Sowing the spring seeds..
I now have a rough mud map of where some of the crops will be going & where any late comers can be slotted in… I always set out with the best intentions of having an organised start to a season but it just never happens as they tend to creep up fast.. Some of the seeds could have been planted a few weeks ago but as we have a fairly long warm growing season I am fairly confident all will grow well.. A few went into small trays & pots over the past few days.. There will be more added later but so far we have;
4 x mixed capsicum
4 x Bulls Horn capsicum
8 x Thai basil
4 x Baby Bear pumpkins
2 x Jarrahdale pumpkin
4 x spaghetti squash
2 x Kakai pumpkin
6 x okra
6 x snake beans
& there will be more sown by next weekend.. The seed raising mix I am using is a 50/50 worm castings & commercial seed raising mix.. The castings come from a worm farm that was fed horse manure so it should give the seeds a great start..

Wicking Beds…
This week I made a clip for a chap I follow on YouTube about how we make up our wicking beds... He lives in one of the drought affected areas in the US, so was rather interested.. I know many on SS already use wicking beds but many may not know about them, so thought I would share the clip here as well.. 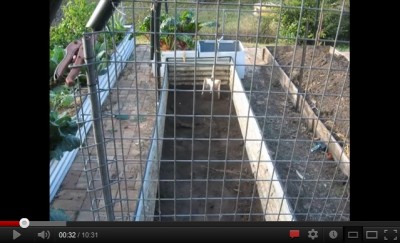 There are a few different ways to "wick" up a garden bed, as shown by different gardeners in SS.. I am always trying to come up with a better construction method as I go & love to try out new ideas..

Happy harvests…
We decided to harvest the sweet potatoes during the week due to the splits we found in the purple skinned varieties last week.. The splitting was caused by over watering as well as them being in the bed a tad too long I think… The sweet potato vines in the lime tree bed was also harvested on Friday to make room for some new plants & we were rather pleased with what we found.. 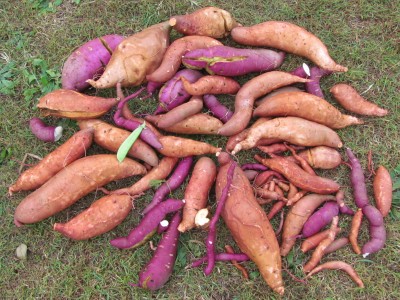 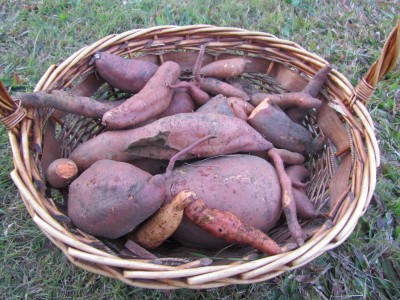 5Kg from the lime tree bed.. 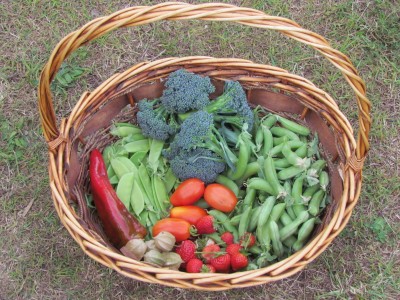 The peas are all still fruiting heaps & some seed pods left on the plant for seed saving are nearly ready to come off.. I think the broccoli is on it's last legs & might get pulled by the end of the week to make way for some bush beans..

Very pleased with the carrot crop this year, not as many as last year & many don't look shop quality, but the taste has improved nicely.. All the added composts, castings & rock dust mix is starting to pay off I think…