Over the past 2 weeks I have taken full advantage of the girls school holidays by spending as much time as possible in the yard & patch tidying up a few loose ends that have been bugging me.. Some of which were covered in last week's blog with some more finished off this week..

Shade house..
Sections of 50% shade cloth were added over the top of the squash, pumpkin/watermelon beds down the back of the garden as well as the kaki pumpkin bed next to the Aquaponic set up.. I felt that if the plants had a bit more shade & their heat stress levels reduced they may perform better.. 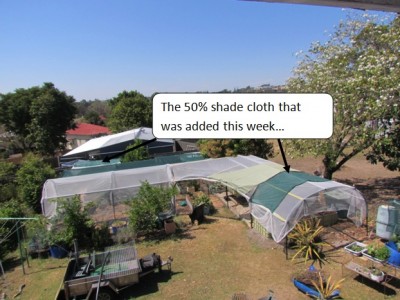 I think that I am now happy with the way the cloth is set up but it is easy enough to alter if need be..

Aquaponics..
The aquaponics has had a few jobs finished off this week as well.. I managed to refit an old drying cabinet into a suitable place to store the air pump that provides dissolved oxygen to the fish tank.. The cabinet will also store a backup air system in case of any power failures, another job yet to be completed.. Just need to source a car battery & phone charger & it shall be all sorted.. (I shall post a description once it is set up to help explain) A venturi was also added to the inlet of the fish tank to add some extra dissolved oxygen for the perch.. The fish tank cover was also altered to try & restrict the amount of light, as it can encourage algae growth that robs nutriment for the water that should be feeding the plants in the grow beds.. 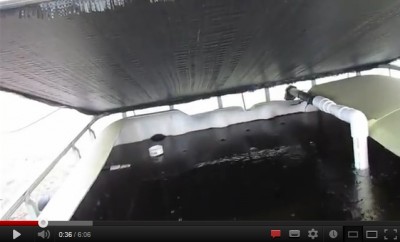 << A clip was made up to post on an Aquaponics forum that show what all these little jobs in better detail.. 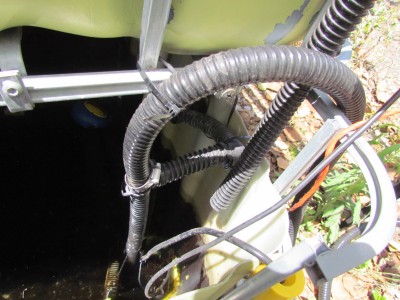 Over the past 2 days I have also tidied up the power cords & pipe work that comes from the sump tank as well as add a bit of a cover (seat) to the edge..

It was originally installed as a way to cut down the amount of light entering the sump, as a fair amount of algae growth has occurred in there over the past few weeks.. But it doubles beautifully as a seat for when working down there, or just to hide from the children.. I tidied up some of the other pipe work & I think it is where I want it to be for now (BUT can feel the expansion itch :S» )

Planting out in the patch..
A fair bit got planted out this week.. Some Udumalapet eggplant seeds were sown out just in case the plant that was moved from the strawberry bed doesn't make. A roll of little finger carrot seed tape was planted into the strawberry bed.. The seedlings that went out into the patch this week included 2 lots of tomatillos (3x red & 3 x purple), 2Thai basils, 3 opal/purple basils.. Some rescued lettuce seedlings were relocated into the Aquaponic grow beds as an comparison to see how they go compared to the soil grown plants..

Cutting update…
While working on this entry I realized that I haven't actually said what pepinos are, sorry about that.. They are members if the Solanaceae family that includes capsicum, tomato, eggplant etc, & are native to South America.. 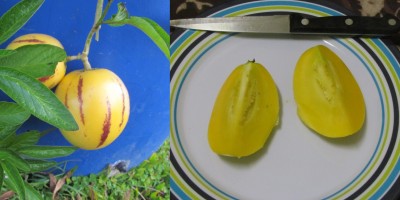 The girls & I think they have a strong flavour of unsweetened rockmelon.. Others have described them as having a flavour between a cucumber & a honeydew melon..

The cuttings have actually picked up a bit this week & am feeling a lot better about the way they look.. 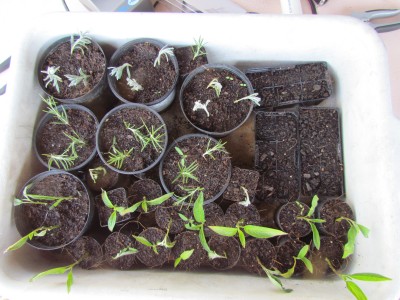 Most of the pepinos have perked up with only 6 out of the 23 looking like they may not make.. The 3 trays that are also in the shot are some pigeon peas we will be growing for mulch.. 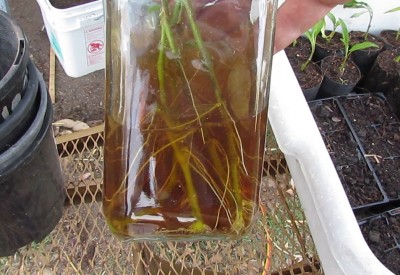 The Pepinos in the jar are doing amazingly better than the soil planted ones & they should be planted out later today.. The discolorations in the water is Seasol, which was added to give the cuttings some nutriment while they are in the water..
I think we might also be lucky with the lavender & rosemary, with over ½ of each looking like they will make it..

Harvests from the patch… 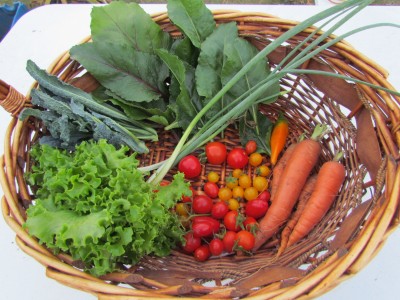 The mangle, beetroot, kale & lettuce have been picked this week as salad greens along with a few carrots & tomatoes of various varieties.. Our eldest DD made a great silverbeet, feta & chicken pie with a side of salad for tonight's dinner.. 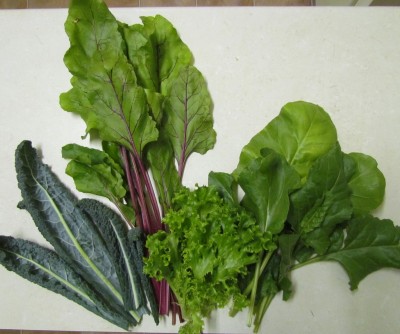 It was so tasty I didn't get a picture, sorry, but did get a snap of the salads she picked.. 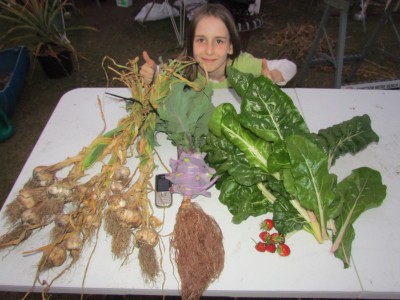 The 2 highlights of the week for me were the first harvested barrel of garlic & one of the largest kohlrabi we have ever picked.. The garlic is the biggest we have grown & I think the last barrel left to harvest will be just as good if not better… Shall do a comparison as soon as they are all pulled & braided.. The sliver beet from this picture made it into tonight's pie & the rest shall be given to family or friends today.. 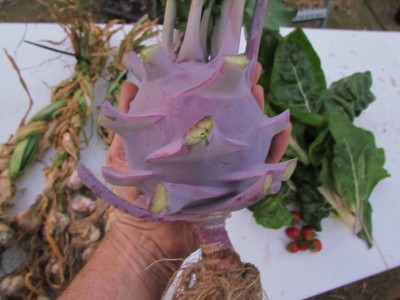 Kohlrabi has become one of our favourite vegetables to grow.. The leaves are edible but they normally get fed to the worms or chooks & sometimes have been laid on top of the beds as mulch.. We love the bulb grated raw in coleslaws or run through the food processor & turned into chopped salad along with raw beetroot & broccoli.. It makes a great substitute for cabbage especially as the cabbage butterfly caterpillars get more of the cabbage we grow in Spring than we do.. Really should get some more seeds planted out methinks as we will be running out soon..

I had to also put in a picture of Koo's harvest.. 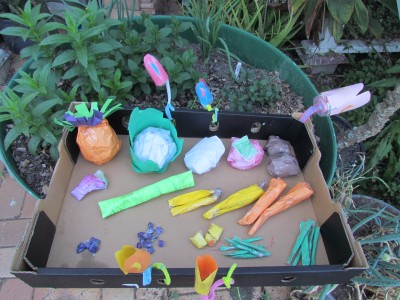 We have some friends coming over today so she spent most of Friday making up some veggies to sell at a stall with the kids.. Her harvest includes (from top left) pineapple, cauliflower, white eggplant, tomato, potatoes, a strawberry, cucumber (with square corners) bananas, carrots, blue berries, mulberries, yellow tomatoes, beans & peas.. Oh & I just got in trouble for forgetting the edible flowers around the border of the box.

A walk around clip was also made so feel free to have a wander through our patch.. 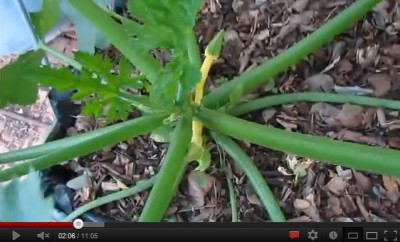