Atta flour is a whole wheat flour that is used in India to make the flat breads like Roti, Naan... It is made from a durum wheat that has a high gluten content which allows it to be rolled & stretched into the thin breads..
For a few years now we have been making our bread from atta flour when we stumbled upon it in a local Indian store & were pleasantly surprised by the price when compared to the processed white & wholemeal fours available at the Stoopidmarkets... To begin with we followed a recipe for a wholemeal loaf from a recipe book we got with a Breville bread maker many moons ago but have since tweaked it to make nice full loaf we can reproduce over & over..
One thing I have found to help save time (& mess depending on who is making the bread) is the preparing the ingredients for the individual loaves into about 20 double Ziploc bags.. This also came in handy when different styles of loaves are being made regularly.. At the moment we have the base for a basic atta/seeds loaves as well as a few bags of fruit loaf base.. 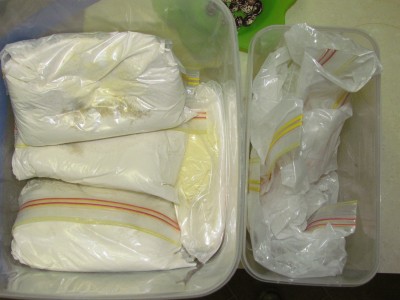 The recipe that follows for the basic 1kg atta loaf which we cook on 1 or "white bread" setting.. Wet ingredients are added first into the bread pan followed by the dry... When we make up the bags we only add the flours, salt, milk powder & sugar.. The yeast & improver are added to the bread pan as it goes into the machine... 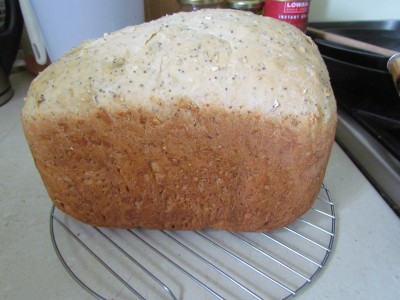 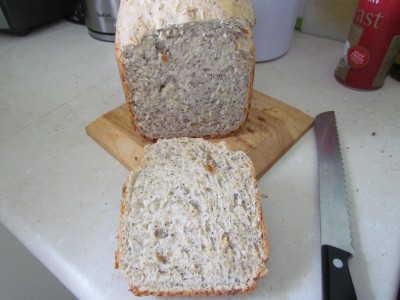 It makes a great "mop" for egg yolk & baked beans sauce once toasted as well as being delightfully soft just as bread...

Another version we made of this for the first time the other week was a Whey loaf made from the leftover whey from Labneh cheese making...
http://www.youtube.com/watch?v=WH_yPZBxKzU
It made a very nice loaf & was a great way to use the whey...

ETA... Stopped in at the health foods today & picked up some wheat flour so will be trying to make up some of our own atta flour in the thermomix later this week to see how it will go in a loaf...