Beating the heat..
Have noticed a few veggies are already feeling the heat of the spring sun with this week's average high being 29.7°C... Wednesdays high was 34.1°C & it took its toll on a few of the veggies.. I find it is always the cucurbits (squash, melons, pumpkins, cucumber etc) that feel it the worst with their broad leaves.. The majority of the cucurbits are under 30% shade cloth & have been wilting every day.. 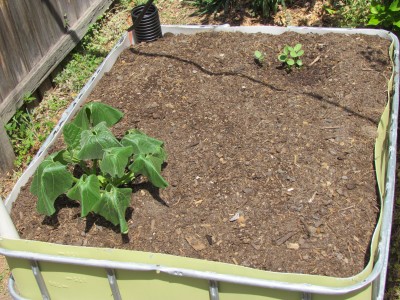 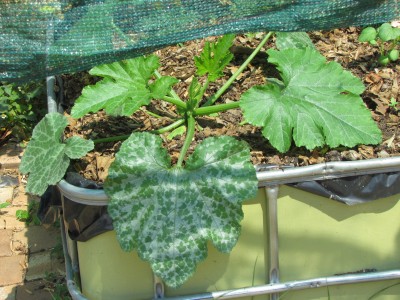 <<The cucurbits that are under the 50% cloth are the Gold Rush zucchini in the top IBC beds.. These plants have plodded along with very minimal wilt so I am considering adding a few sections of 50% cloth over the remaining plants so they can get partial relief from the full sun during the middle of the day.. 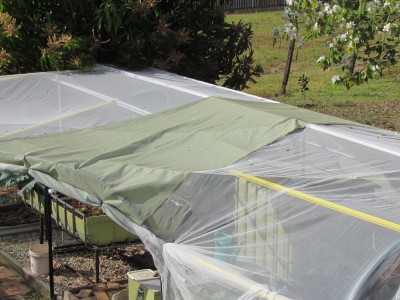 << Some extra 90% shade cloth was also added over the top of the fish tank.. The Jade perch are fairly hardy but can still be susceptible to extreme temperatures.. The large amount of water is a great buffer for rapid swings of temperature but if we have a few days near 40° the water does heat up quite a bit, as we found last year.. 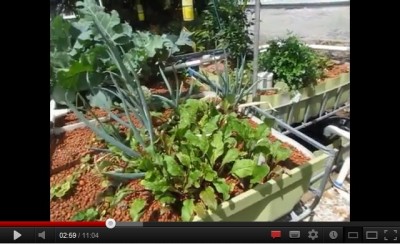 << Also have done a bit of an update on the aquaponic system with how things are growing as well as to show some of the new plants that have been added for those that are interested..
While I was typing this up last night I happened upon another SS'er who is doing a blog about her aquaponic set up…
Coleen's My aquaponics garden… I really like to see how others have set up their systems as it helps people tweak their own to be more productive.. Hope it booms along for you Coleen…

Seedling/Cutting update…
Cuttings..
The cuttings I planted into the soil last week are not looking the healthiest at the moment.. 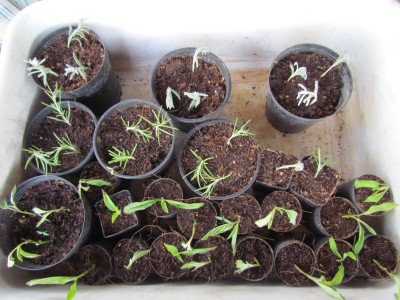 Nearly all of the plants are showing signs of wilt but are still a healthy green colour so I am now playing the waiting game with them.. 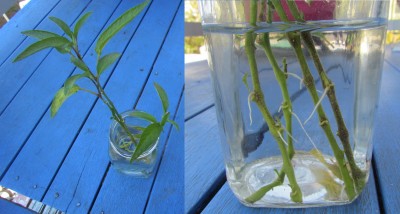 The pepinos cuttings in the jar of water are doing much better.. All 4 cuttings are looking perky & set root within 4 days.. The only thing I think I could do to help them is probably add a few drops of liquid fertiliser like Seasol … I also planted out 4 rosemary, 3 lavender & 5 pepinos into the Aquaponics bed as a bit of an insurance policy against a massive failure of the cuttings in the soil.. All of them looking rather healthy at the moment & can be seen in the above aquaponic update clip..

Seedlings..
Planted out a few seedlings into larger pots this week to let them have some more space to grow.. These included some "7 mixed capsicums" (right of picture below) I received from a share the seed member, bulls horn capsicum (left of picture) from last year's crop & some Thai Basil (not shown) from Grace here on SS… 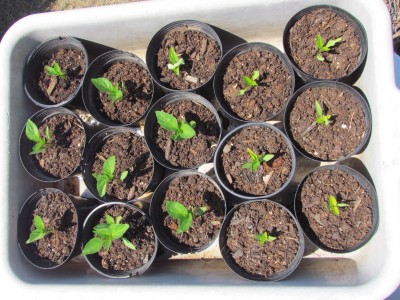 << Some of the mixed capsicums & Thai Basil were planted out in the aquaponic beds early in the week & are doing great.. The okra was planted out into 3 different beds around the yard just to see how they will grow under different shade cloth with the remainder planted out at the community garden last weekend.. 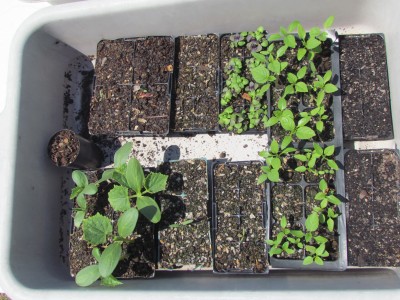 The tomatillos & cucumbers are all coming along nicely but I'm still waiting on the chillies & warrigal greens to shoot but am patient so can wait them out methinks..

Strawberry bed…
Decided to clean up the strawberry bed by removing the eggplant & passion fruit during the week.. 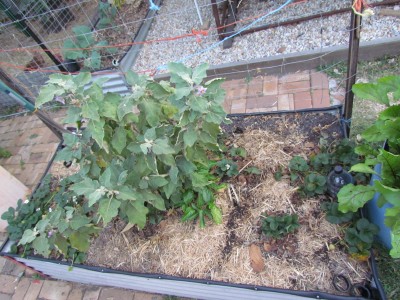 The eggplant was trimmed & transplanted to another bed but unfortunately I lost the passionfruit.. Was a bit rough handling its removal & broke ½ the roots off but the eggplant looks like it is holding on so I am happy with that for now.. 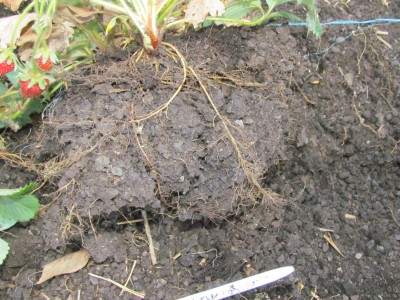 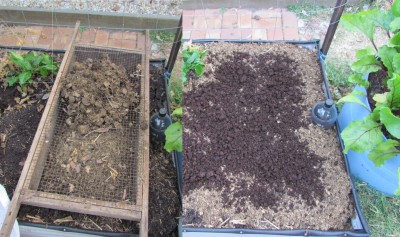 First step was to screen some aged horse manure onto the bed then top that with a generous helping of worm castings as well as some CBM (Chicken, Blood 'n' bone & rock Mineral) organic fertiliser.. This was well dug in & will be a great benefit to the soil structure… The castings included worms as well as their cocoons so the horse manure will give them some food as well as "lightening" the structure of the soil overall.. 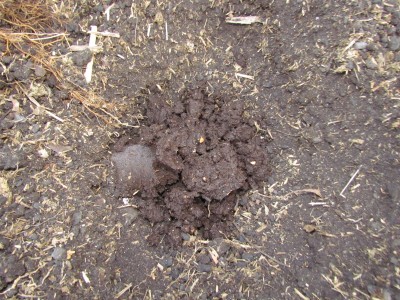 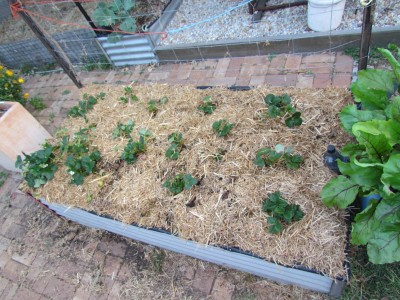 Once the strawberries were planted out, making sure to keep the crowns above soil level, the soil was covered with a generous layer of sugar cane mulch… I think they will love their newly amended soil & hopefully give us another flush of fruit before the summer heat starts..

P1 & P2..
We have 2 pineapples that are fruiting at the moment so I thought I would do an update every now & then of their progress… I have dubbed them P1 & P2… 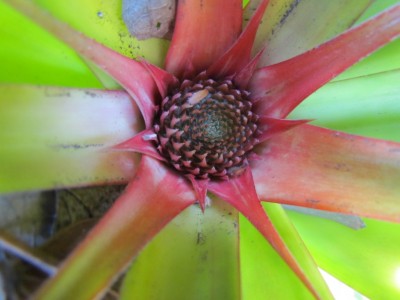 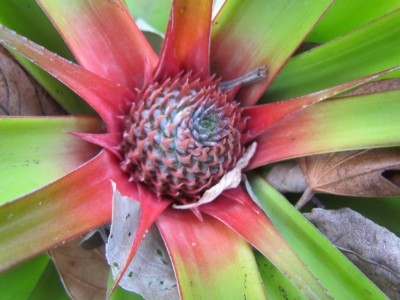 << P2
These shots were taken on the 28th of September & I shall do an update picture of both these beautiful plants every few weeks..

Weekly harvest..
Was very happy to pick our first kohlrabi this week as well as the first "full sized" garlic we have ever grown.. In the past few years our attempts at growing garlic have given us tiny sweet bulbs that we have been extremely grateful for but we still longed for some nice large bulbs.. 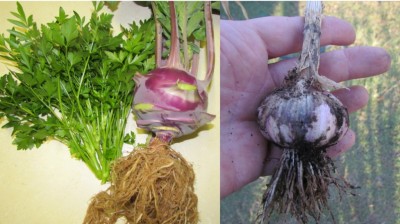 The kohlrabi & parsley, as pictured, were made into a few nights worth of chopped salad along with some fresh beetroot, shallot scapes & carrots from our patch, & a few stalks of celery & a small head of broccoli from a local organic buying group.. We also add a few crushed toasted macadamia nuts & juicy dried cranberries just to give it an extra zing..